The construction of underground shafts and sheds for ore storage and transfer is an important mining work. GEOSA has carried out twenty such works in different mines of the Asturias and Leon coal basin (Northwestern Spain), with diameters ranging from 2.0 m to 6.0 m, depths down to 200 m and a total length of 1,870 m. They were mostly built performing a downward extension on a previous raise boring operation and adding a final concrete lining.
Likewise, GEOSA has often been hired by Spanish mining companies to carry out hard rock shaft drillings for ventilation and drainage. Those works were performed using TURMAG pneumatic machines with diameters ranging from 800 to 1200 mm.
Up until December 2010, 40 units had been drilled, totaling 2,650 m. 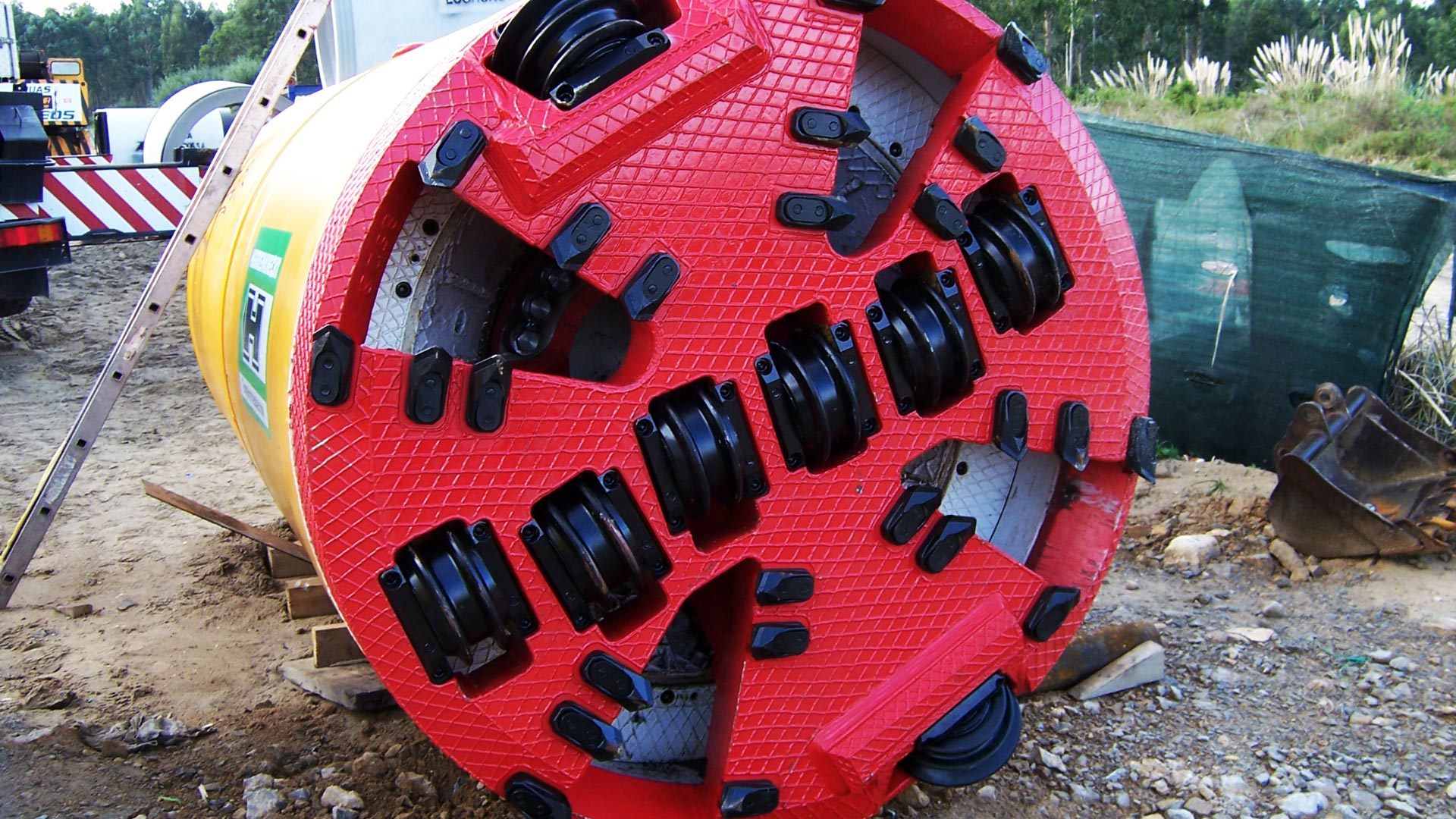 Construction and restoration of mine galleries and civil works